It still doesn't feel real, but last week we found out that we're pregnant! Based on my own calculations Baby is due the end of June right after my parent's anniversary. We will see how accurate that is when we go in and have the doctor calculate our due date.

I was nervous to tell Kevin, which just seems ridiculous now, but I didn't actually think we would get pregnant this month. We have been trying for a little less than 6 months, but I have already resigned myself to the fact that it may take a year or more to conceive. I took a pregnancy test earlier in the day, it was one of the ones that has a plus sign if you are pregnant and a minus sign if you're not. The minus sign was a darker blue and the plus part seemed faint. I was so surprised that it even slightly appeared and did not believe that meant we were actually pregnant. I was working a few hours that night, so I went into work as if nothing had happened and thought all night about what if I actually was pregnant. When I got home Kevin had already ate dinner and was wondering why I wasn't going straight to dish myself up. I told him I had to go to the bathroom. I took another test, this time digital and I saw clear as day the words "Pregnant". I still didn't believe it and was just waiting for the plus sign to disappear to a minus and the word "Not" to appear in front of the pregnant. When this didn't happen, I took them both down to Kevin and just placed them on the table in front of him. His first reaction was "is this a joke?" because I was so sure in previous weeks that this month it wouldn't have happened. We still couldn't believe it, but two tests, in the middle of the day - it was undeniable at that point.

How far along: 4 weeks
Size of baby: Poppy Sead
Must have items: Water at all times! Making sure I'm staying hydrated.
Sleep: I haven't been sleeping the greatest, but that could be related to our newly acquired dogs.
How I'm Feeling: Excited and nervous at the same time. I do not think I will be at ease until we hear the heartbeat in about a month.
Cravings: None so far. :)
Baby movement: Baby is still in the embryotic state, but I feel my uterus expanding slightly with little pinches or twinges around my abdomen.
Gender: Kevin wants a boy and I want a girl. Naturally, we are a house divided.
Challenges this week: It was challenging waiting to find out and then each day praying that the baby would continue to grow and stay healthy.
Best moment this week: Finding out we had a little blasto!! (It was still a blastocyst when we first found out.)
Baby

Popular posts from this blog

Nothing relaxes me more than curling up in bed (or by the fire when it's cold if I'm lucky!) and reading a good book at night. I started really getting into reading during my college years and then after moving a couple of times, I realized I need to stop reading (because I was accumulating so many books!) or get a kindle. Therefore, just about every single book I read now is via Kindle. Occasionally I will get a physical book or an Audible book.

Without further ado, here are the books I read this past summer:
The Flight Attendant by Chris Bohjalian The Wife Between Us by Greer Hendricks The Marriage Lie by Kimberly Belle All We Ever Wanted by Emily Griffin Behind Closed Doors by B. A. Paris Bring Me Back by B. A. Paris The Marriage Pact by Michelle Richmond The Breakdown by B. A. Paris


The one chick-Lit I…
Read more 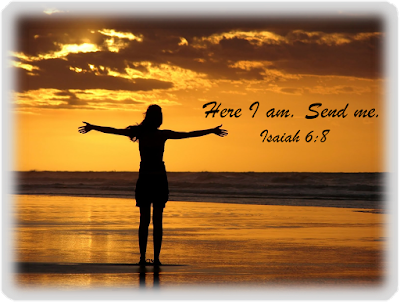 I would like to have a post with New Year, New Me - but that just ain't true and probably never will be. I think the best I will get is New Year, Better Me - for now though, let's just say New Year, Same Me. I created this space several months ago to just be me. Perhaps I haven't posted because I'm not ready to be vulnerable. Perhaps I don't know how to share myself without the fear of rejection. People do it every day online though and I admire them - it is those very people that give me courage and often make me feel not so alone. We all have too great of a story to tell to stay silent. - Is that not the whole point of movements such as Me Too? Perhaps I am not that brave yet, but I can take baby steps and share the lights throughout my year in hopes that someone will find comfort in knowing they are not alone.

If you feel scared or alone, regardless of your situation, walk of life, or circumstances, please know you are not alone. If you feel like no one will lis…
Read more 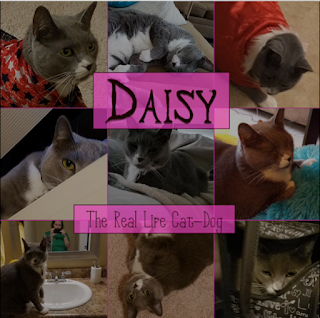 Meet Daisy - the real life cat-dog. Daisy could not be a more perfect (purrrfect!!) cat for me. I got her during one of the most lowest of low times in my life and she was just what I needed! In the three years that I've had her she has proven to be more of a dog than a cat.

Daisy also loves to follow us around the house. She wants to be where we are. If we are watching T.V., she is handing with us in the living room. If we are cooking, then she is just chillin' no the kitchen floor awaiting the food preparation. She begs at the table just like a dog when we sit down to eat. To much of hubby's dismay, I do give her bits of food. I have found that she likes salty food. She loves bacon, but doesn't c…
Read more